It’s time to finally take a look at the most hyped up gaming laptop on the market, the one that you all have been requesting us to review: the Acer Predator Helios 300. Everyone has been talking about this laptop, and every time we posted a notebook review the comments always brought up the Helio 300 and that we should check it out. Well, it’s finally here and what’s even cooler is that I can now compare it to some similarly priced notebooks. I can’t wait to check out what the performance is like and how well it cools the hardware. Now speaking of hardware, that’s one of the main selling points of the Helios 300 because it has an Intel Core i7-9750H 6-core/12-thread processor, 16GB of RAM in dual-channel mode, a 256GB NVMe SSD, an NVIDIA GeForce GTX 1660 Ti non-Max-Q graphics card, and a 1080P IPS 144Hz display. All of which will cost you $1,200 USD, which is an insane deal. In fact, you can pick it up for about $100 less on Amazon right now. This leaves one question: Is the Predator Helios 300 the best Bang for the Buck gaming laptop that you can buy right now? Let’s find out.

First things first, the design, and there’s nothing really special going on. At first glance, anyone would classify this as a gaming laptop just based on the way how it looks. If you’re looking for something a little bit more low profile and stealth, this just wouldn’t fit that criterion. You have the Predator logo on the lid, and it’s LED-lit in teal. It looks really cool and it’s refreshing to see compared to the standard black and red color schemes that we’re seeing on a lot of notebooks these days. Honestly, I feel like red and black is just too overused at this point. There are also a few other teal accents throughout the body, including the trackpad, the keyboard backlighting, and the WASD and arrow keys have teal accents as well. It’s nice and consistent, and I think Dave 2D will certainly improve. 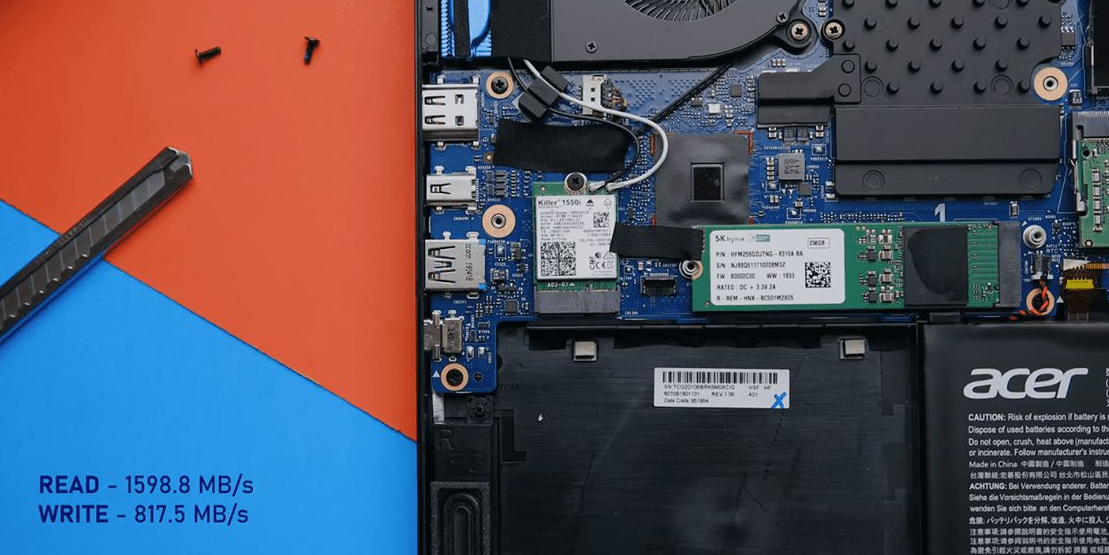 The chassis is mostly made out of hard plastic materials, but it’s put together really well. There’s barely any flex on the keyboard and the screen, which is really good. The hinge is nice and sturdy, there’s no wobble whatsoever. Seriously, for the price, this laptop just blew me away. I mean it does better than some really expensive laptops out there… like GIGABYTE’s. The webcam is located exactly where I need it to be. While this notebook doesn’t have the slimmest bezels compared to the competition, I don’t mind having a little bit of bezel at the top and the bottom because from a functionality standpoint it does its job really well.

Opening up the notebook you’re greeted with a full-size keyboard and the keys are excellent. They don’t feel mushy, but rather they sport a good amount of travel distance. Honestly, this is one of the best out there, even up against the Legion laptops from Lenovo. The trackpad isn’t the best that I’ve tried so far, and that’s partly because it has a plastic surface and not a glass trackpad that you often find in a lot more expensive gaming laptops. It does support Windows Precision drivers so Windows gestures work flawlessly on the Acer Predator Helios 300

The speakers are as we expected located at the bottom, which means that you shouldn’t expect the best sound quality coming out of this laptop. There’s just no bass and nobody to the sound when you’re listening to music or watching videos. I would highly recommend pairing it with a good set of headphones for a superior content consuming experience. Port selection is really good on this laptop. On the left-hand side, you have a Kensington lock, power input jack, RJ45 Gbe LAN port, headphone/mic jack, and two USB 3.1 Gen2 ports, so you can transfer data at 10Gb/s. Switching over to the right side, there’s an HDMI port, Mini DisplayPort, and extra USB 3.1 Gen2 Type-A and Type-C ports. Unfortunately, the Type-C port does not support Thunderbolt 3.

Moving onto the display, it’s a 1080P 144Hz IPS panel, and honestly gaming on it is a fantastic experience. I really enjoyed my time with the Helios 300. I think I’ve said this in the past, but if you’re looking for a gaming laptop in 2019 just pick one with a fast refresh rate. The fact that this is an IPS panel is even better because the colors and the contrast ratio are really good. My only gripe is that it doesn’t get bright outdoors, so outdoor visibility is just a little bit challenging. Also, at least on my sample, I noticed a little bit of clouding at the top when I did my black screen test. If you’re watching movies, especially with black bars top and bottom, that could be a little distracting when viewing very dark content. 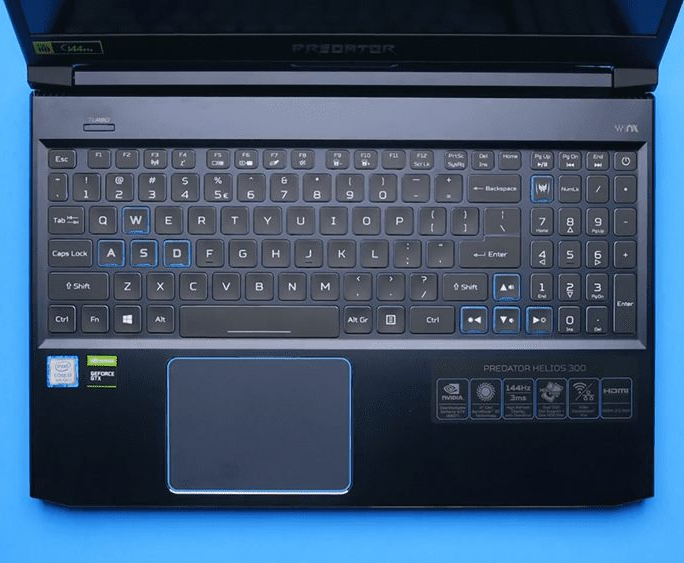 On the storage front, the 256GB primary NVMe SSD is from Hynix and it doesn’t have the fastest read or write speeds, so keep that in mind. However, upgradability is very straightforward on the Helios 300, so you have instant access to memory and storage. I’m really surprised by the storage expansion options you get with this laptop. There is an empty secondary M.2 slot that can be populated with an NVMe SSD, which is nice. On top of that, Acer has made room for a 2.5″ drive bay and they provide a hard drive installation kit within the box so you can really expand this notebook’s storage capacity

This laptop has a 57 watt-hour battery, and unfortunately, it’s not the greatest when compared to the Lenovo Legion Y545 or the Ryzen-based ASUS Zephyrus GA502DU that we checked out recently. Therefore, if you’re planning on lugging this thing around to school or whatnot, you’re really not gonna be impressed with the battery life. Honestly, this could have been addressed if Acer offered a different skew that didn’t have that 2.5″ hard drive bay and instead came equipped with a larger battery. In my opinion, two M.2 slots are good enough and M.2 SSDs are getting cheaper as anyways and there are a lot of good deals out there.

Moving on to performance, the Core i7-9750H performed extremely well as you can see above. The Helios just destroys the similarly priced ASUS Zephyrus Ryzen notebook that I looked at a while back. Even comparing it to the Legion Y545 – which features the same Intel CPU – the Helios takes the edge by a little bit because it’s cooling solution and its ability to sustain higher clock speeds is just remarkable, which I’ll get to in a bit.

Taking a look at our standard Premiere Pro to render test, in which we take a 13 minute 4K video and export it to the YouTube H.264 preset, the Helios 300 took 10 minutes and 43 seconds to complete that task, which is, of course, thanks to Intel Quick Sync. Clearly, this laptop is a fantastic option if you plan on creating content. 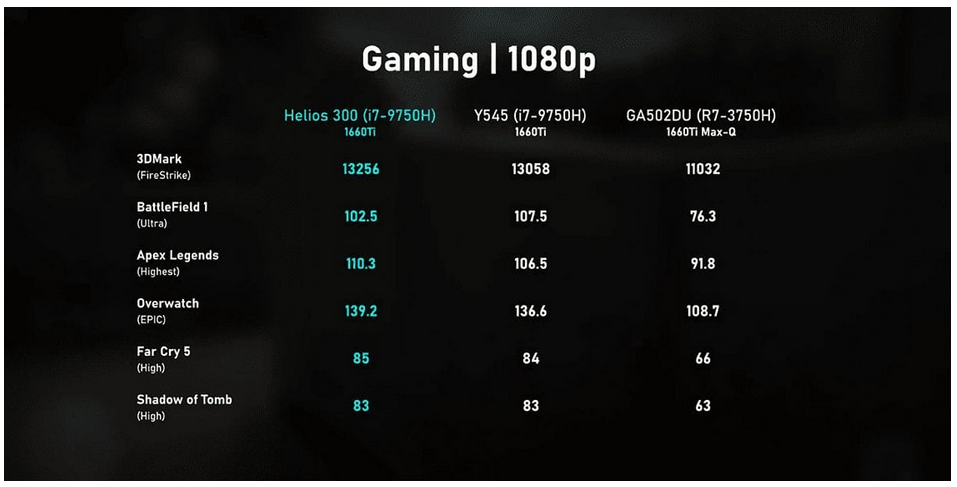 However, this is a gaming laptop and it does that job really well. As you can see, you can comfortably play at 1080P with the highest settings at framerates above 100FPS in most titles. And when you pair that with the 144Hz refresh rate display this thing is an all-rounder.

In terms of CPU clock speeds, during heavy loads – for example, during my render test – the CPU was comfortably able to sustain clock speeds around 4GHz. However, what really surprised me were the temperatures. You see it does peak a bit over 90°C, but on average it was around 76°C to 77°C.

However, with the help of a magical button called the Turbo, which can be accidentally mistaken for the power button, temperatures can be dramatically reduced. But obviously there’s a catch. As you, as you hit that Turbo button the fans start spinning up significantly and get very loud. It certainly does the trick, it does bring those temperatures down, but realistically you don’t have to enable it because the laptop does a really good job of cooling the CPU in the first place. There’s no reason to use it unless you’re running Prime 95 for like 24 hours, but that’s just not realistic.

Now fan noise, in general, is really good, even during heavy load situations it doesn’t get extremely loud, especially compared to those thin-and-light gaming laptops that we’ve been seeing lately. The GTX 1660 Ti ran really cool as well. When I was monitoring temperatures I only noticed it peak at 72°C, which is really amazing and the clock speeds were stable between 1680MHz and 1710MHz. 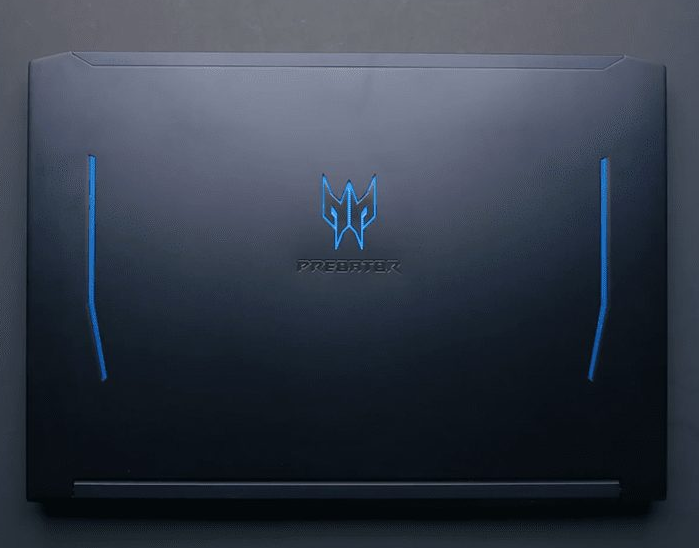 To conclude, I am really impressed with the Predator Helios 300, but that’s not really a surprise because I was expecting to be. This laptop has been and continues to be really popular among a lot of gamers, and I understand why. For $1,200 USD this is the best Bang for the Buck gaming laptop that you can buy right now because the performance is amazing. You can do all sorts of stuff with it, not just gaming, but also content creation and even a little bit streaming. This is thanks to the fantastic CPU + GPU hardware combo. The Core i7-9750H is a great CPU for editing videos and photos, and the GTX 1660 Ti is a non-Max-Q variant so that means you’re going to get the best gaming performance at 1080P.

Importantly, this laptop cools its hardware really well compared to the Legion Y545 from Lenovo, which features the same specs but is priced a little bit higher than the Helios 300. The storage expansion options are also fantastic on the Helios 300. With all of that being said, I know that some of you may not be really into how this laptop looks. Perhaps you would have preferred a more stealthy low-profile looking laptop, and I hope Acer releases something like that in the future. The trackpad isn’t the greatest and the speakers don’t sound that great. Importantly the battery life is pretty terrible too, I would highly recommend lugging around your AC adapter. It isn’t that heavy at all, but that is still a little bit of a downside.

I do want to mention this really quickly, the Killer 1550 WiFi card that comes with this notebook is technically from Intel, it’s just running Killer software. I did experience a few disconnects a couple of times and then after a restart, everything seemed to be working just fine. I thought that that was worth bringing up. However, in the end, if you’re willing to overlook those shortcomings, the Predator Helios 300 from Acer is the best gaming laptop that money can buy right now. In fact, I want to know your thoughts about this laptop. Do you think there are any alternatives that might give this notebook a run for its money at the moment? At $1,200 is still pretty expensive, perhaps there is a sub-$1,000 notebook that you might want us to check out.

Thank you for subscribing.

we respect your privacy and take protecting it seriously

Our website is made possible by displaying online advertisements to our visitors. Please consider supporting us by disabling your ad blocker.